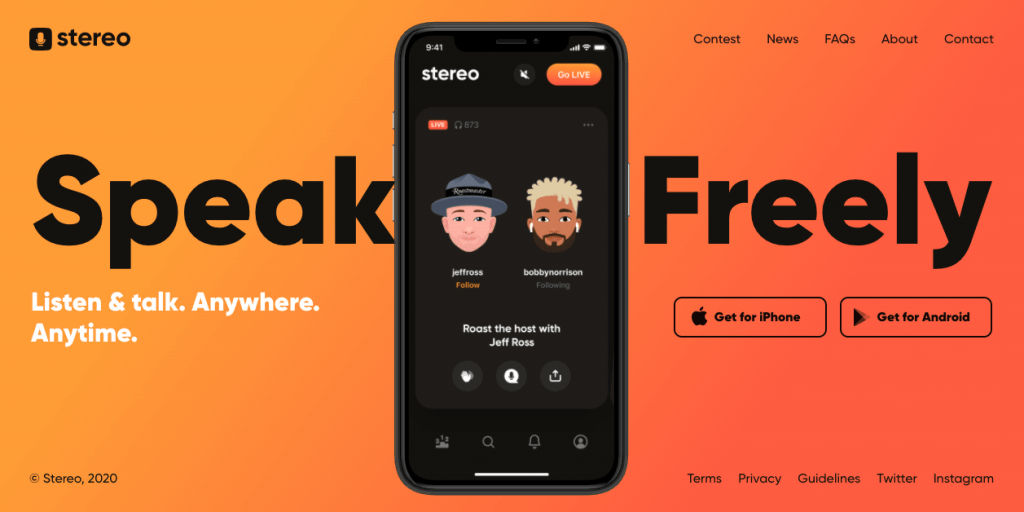 Hostgator founder Brent Oxley has sold another one-word .COM. After confirming that Brent has sold Uno.com and Micro.com in lease-to-own transactions this year, it’s come to light that Brent also sold Stereo.com in an outright sale a couple of months ago. This was confirmed to me by Brent. Strangely, the new owner’s office is 2 miles from my home!

According to DomainIQ, Brent Oxley acquired Stereo.com in 2017 for an undisclosed fee, although the fact that the name was listed in a 2017 Media Options newsletter for $100,000 gives us some idea of a potential purchase price.

Stereo App Ltd has created Stereo as a live broadcast app that, according to the company, “enables people to have and discover real conversations in real time.”

The company has done a stellar job in protecting its brand. Aside from investing what’s likely to be a significant amount of money in Stereo.com, the company has also secured:

The level to which Stereo has gone to ensure that it owns the Stereo brand name online and in local markets is something that domain investors should praise. It’s certainly rare for a new startup to invest in its domain presence to this extent.

Perhaps there are plans for local-language versions of Stereo, which would make use of the countless ccTLD names Stereo has acquired.