Kauffman, who might be familiar to those that have been in the domain name industry for several years, owns a valuable portfolio of domains through his company, True Magic LLC.

Aside from domains, Kauffman is the co-founder of the highly successful on-demand wellness platform Soothe, and most recently, he created the Metasaurs NFT project based around Bored Ape Yacht Club ape #4588. 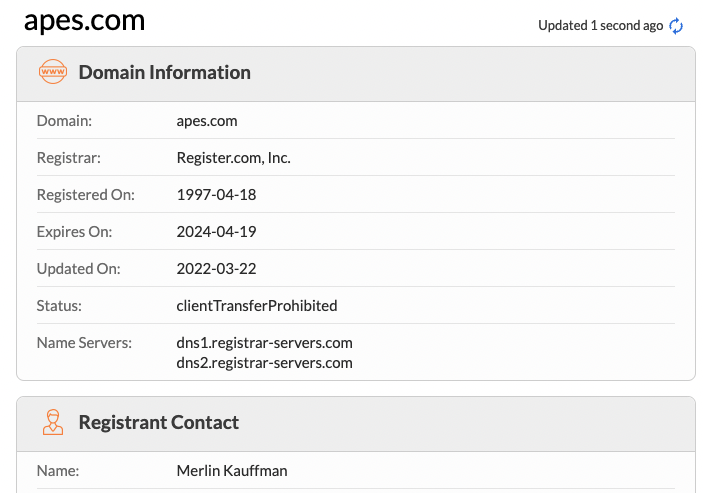 Speaking of Bored Apes, Kauffman has just become the registrant of Apes.com, according to Whois records at the time of publishing. Up until recently, Apes.com was owned and operated by All Phase Electrical Systems, an electrical contractor based in California.

Apes.com has taken on a new meaning and its value has likely increased thanks to its Bored Ape Yacht Club connotations. Kauffman’s acquisition of Apes.com comes just after the BAYC-associated ApeDAO has dropped its ApeCoin, giving 10,000 coins to the owner of each BAYC member.